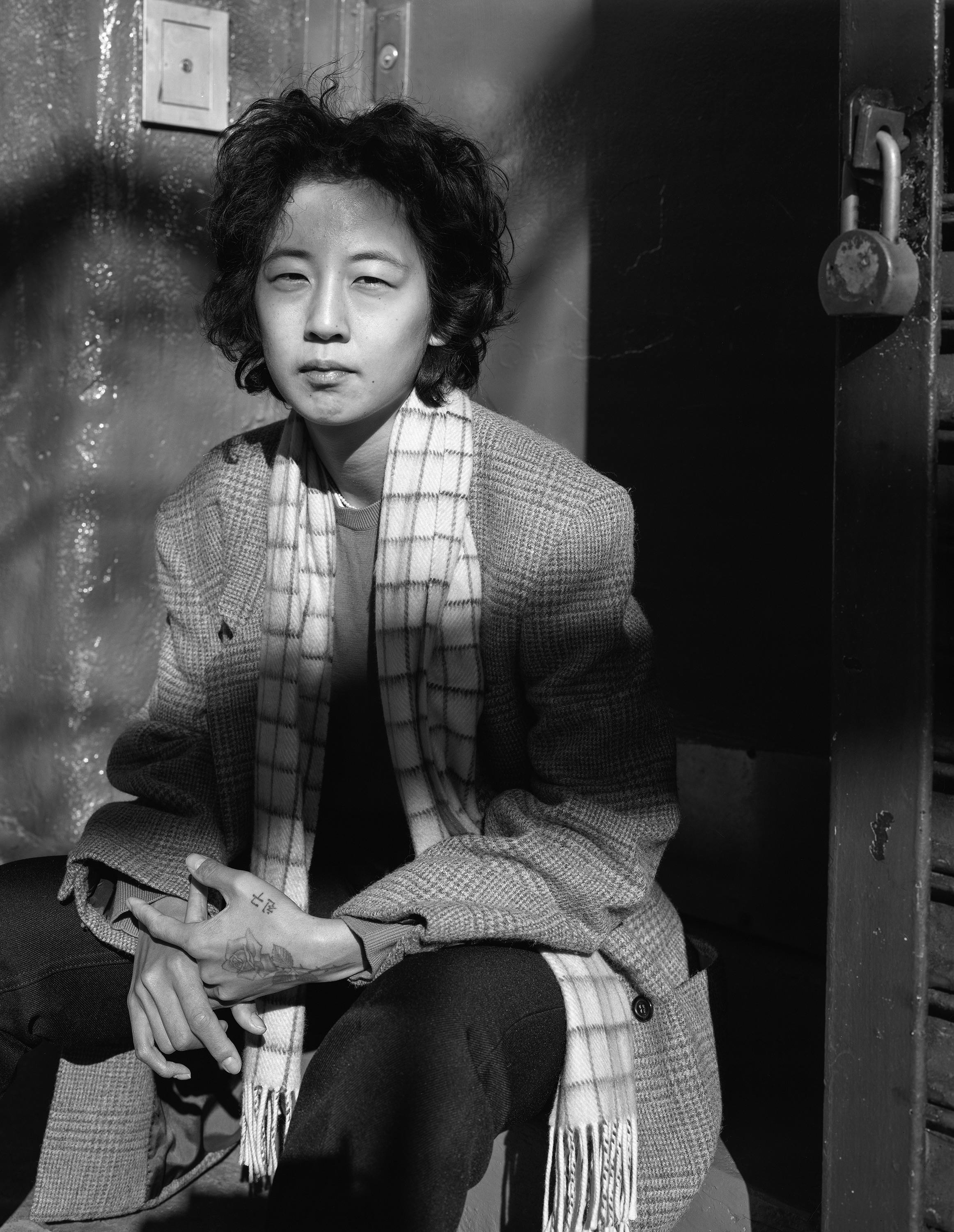 In the six days following my first Masami Hosono haircut, five of my close friends told me they could barely remember what I looked like before. It looked, they said, like I had worn the style for years. That was exactly Masami’s aim. To them, the best haircuts are those that look worn in, those which result from collaboration between Masami, their client, and whatever cool they’ve been cultivating. The goal is not reinvention; rather, Masami wants their clients to feel “super natural but super edgy”—themselves but in sleeker form. Their craft is tailored to fit the lifestyle of the idealized New Yorker: natural, quick, and cool. And their salon, Vacancy Project, offers one cut only: “Hair Cut - Creative Director, 60 min, $100.00.”

I first came to Masami in Fall 2020, at the recommendation of a friend whose hair I admired for its shaggy androgyny. I was dead set on transforming into Lil’ Huddy, the teenage TikTok star known for his e-boy energy and ‘90s Leonardo DiCaprio haircut (along with dating the even-more-famous Charli D'Amelio). A quick search online led me to Masami’s Instagram. I soon fell deep down the hole of their feed—hot, confident queers, proudly toting fresh mullets, shags, and blunt cuts—and I immediately made an appointment. During my cut, we spoke about our mutual love of Halloween, how they met their partner, and setting up a mutual friend on a date.

Our rapport was the antithesis of Masami’s training. Growing up in Japan, Masami was taught to avoid discussions of politics and personal life with clients. But it is these moments of intimacy, of understanding a client’s personality and aspirations, that provide the key to Masami’s creative direction. “For me, it’s all collaboration. It’s not like an Omakase restaurant… I need to know about you, too.”

When Masami emigrated to New York from Tokyo to work as an assistant at a traditional Japanese hair salon, it led them to question how they fit into New York’s broader creative communities. It was 2012, and they were 23. To practice their craft, they would approach people at parties and ask to cut their hair at the salon after hours. In part because of their easy, come-as-you-are demeanor, those late night cuts turned into longtime client relationships and personal friendships. Masami describes their process of coming to understand their gender and sexuality as fueled by the openness of New York City. Many of the people who would take Masami up on their experimental, after-hours haircuts were in the fold of the city’s creative queer circuit: it was a perfect match between Masami’s shears and the young queer, creatives—playwrights and sculptors and musicians—who came to them. Despite their growing social and professional spheres, Masami’s trajectory at the salon was a different story; the salon’s homophobic management fired them after three years of work.

A year after Masami was fired, Vacancy Project was born. When it opened its doors in the East Village in 2016, it attracted a clientele of all ages, genders, and styles. The space is stark—painted white and silver—with Kartell Ghost Chairs as the styling chairs. The design makes you feel like the space is flexible, almost temporary, as if it’s on the cusp of changing at any given moment. And it does change, just as easily accommodating parties as it does haircuts. Masami hosts after hours events like poetry readings and zine fairs, which they see as part and parcel of Vacancy Project’s mission. The salon is a safe space for queers, and community building has always been central to Masami’s goals.

Vacancy Project became known as radical, as a “gender neutral” salon after they changed their booking system to only offer one haircut, as opposed to the traditional pricing model that distinguishes between cuts based on gender. Their system, however, is no longer unique: As of September 30, 2020, New York State prohibits businesses from charging a “Pink Tax,” that is, charging different prices based on gender for “substantially similar” goods and services. Now, all salons must charge the same price for the same service, which functionally makes all salons “gender neutral.” I wondered how Masami felt about the change, and to my surprise, they were—without hesitation—excited. “Finally! Great. It doesn’t have to be special.” They are relieved that Vacancy Projects is no longer the exception, that they no longer need to be the spokesperson for “gender neutral” styling.

The past year has forced Vacancy Project to rethink its design. I met Masami, their partner Laura (who was first a client), and their dog, Bento, in November 2020, to photograph them outside of Vacancy Project’s new location on East 6th Street. The salon, which re-opens in 2021, is on the ground level of the building in which they live, and the space will essentially function as an extension of Masami’s living room. The goal is to foster connection despite the new public health restrictions; they want it to feel like home. The space is smaller, cozier. “You realize how important communication is instead of partying and gathering,” they told me while reflecting on the past year and the isolation it has enforced. They hope the changes will enhance the salon’s characteristic intimacy. As for me, I’m ready to collaborate with Masami on my next cut.

is a photographer based in New York. A graduate of Brown University’s Media and Modern Culture program, Schwartz provided exhibition research for Proof: Photography in the Era of the Contact Sheet at The Cleveland Museum of Art. Their solo exhibition Bridged was held at the Riverview Welcome Center in Cleveland in 2019.

is a hair stylist from Tokyo and based in New York. Their salon, Vacancy Project, has appeared in The Cut and i-D. Hosono has modeled for Alexander Wang, Rachel Comey, and Sandy Liang.