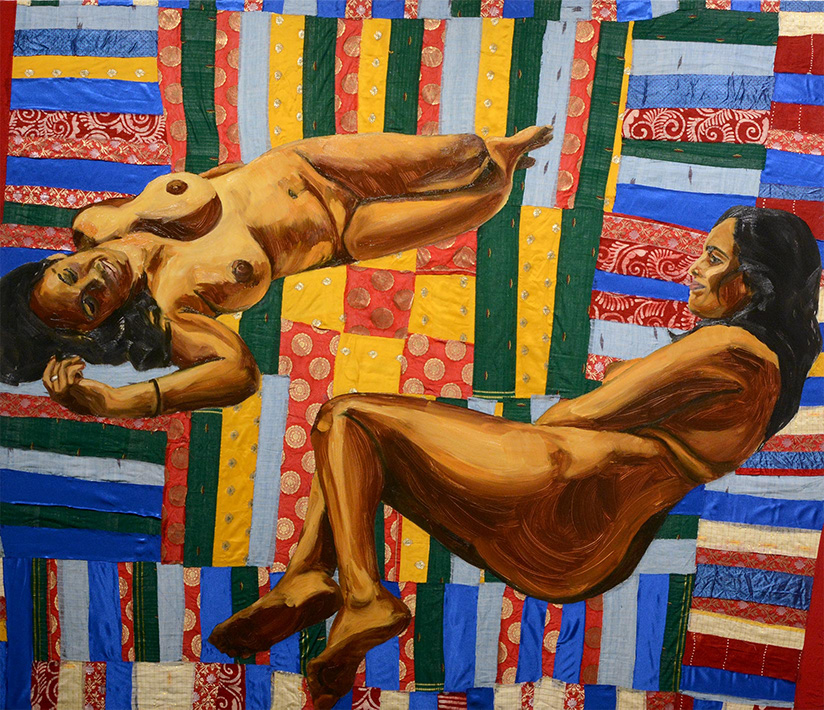 I could tell from her choke-grip around the violin’s neck, the military way she walked, the plasticy tautness of her forehead—which just this morning, I had kissed with a mouth ripe with sleep—that she was annoyed with me. We’d just finished rehearsing the Prokofiev duet’s first movement, and my wandering second violin line, meant to be ominous, ghostly, came out shrill and whining every time, cracking through the arch of her melody like a child singing happy birthday at a funeral. I just couldn’t seem to wrestle my sound behind hers. Tame it to press up against the piercing curve of her line, a low, crawling warning. I was a panicked animal cry. I tried to hold her to me, clasp our phrases together, but perhaps it was she, her melody, that squirreled and danced away? Like the night before: I’d put my hands on the soft parentheses of her waist; she’d rolled away, pretending to sleep.

Backstage, she talked about something else, though all I wanted was punishment, permission to feel like shit.

I got ripped apart in masterclass today, she said, smoothing her hair in the mirror, talking to her reflection. I need to practice more. Everyone thinks I’m falling behind.

No, I said. No, I doubt anyone thinks that. You’re amazing.

No, they all think that, she said, snapping her hair-tie, diving under a chair to scrabble for it.

No they don’t, I said, watching her whip back up to standing, hair flying.

What would you even know, she said, her voice brittle with irritation. In the mirror, she held her hair back so tightly with her fist that her eyebrows lifted. You don’t go to music school. I’m having a hard time, I just wanted you to listen, that’s all you have to do.

It’s true, I’d dismissed her. I always did. Because I was afraid of her upset, the yawning, endless mouth of it. It raised hurricanes and eruptions in her playing. It swallowed me every time.

She said she needed a shower. She was always taking showers now, longer and longer ones. I swear yesterday she was in there for two hours: I listened to an entire concerto, fitted neatly into her absence. She came out as wrinkled and pink as a newborn baby.

A few years back, we’d played a concert together on a September afternoon, the leaves and broad sky surrendering to a fiery change. The audience afterward had gripped our hands. They’d gushed at how well our sounds braided together. They must have imagined the two of us in the bedroom, intertwined in a supernatural harmony as artful as a well-composed duet. Outside, sweatshirts over our long, black dresses, she’d said: don’t ever tell yourself you’re not a real musician. You’re the best musician I know. She’d been fierce, her voice thick with love. I’d believed her.

I would practice every day. I would stop writing, stop sleeping, smooth notes together minute after minute, shape phrases like clay, vibrato until I broke hearts. Fit my obedient harmonies into the seams of her melodies; submit. And then she would touch me the way she touched her instrument, fingers placed carefully to create beauty. If I could, I would become her violin, turn to demure, wooden femininity, long-necked and small-waisted, strung so tight my strings sometimes snapped with no warning. Sing when she wanted, whisper when she wanted, cry, rage, when she wanted. Lay adoringly in my case, body immobile, staring up at green velvet in the dark, silent until she held me.

is an MFA candidate at the Iowa Writers’ Workshop. She earned a BA in Physics and Creative Writing from Princeton University in 2017.

is a painter based in New Haven. She is an MFA candidate in painting at the Yale School of Art.