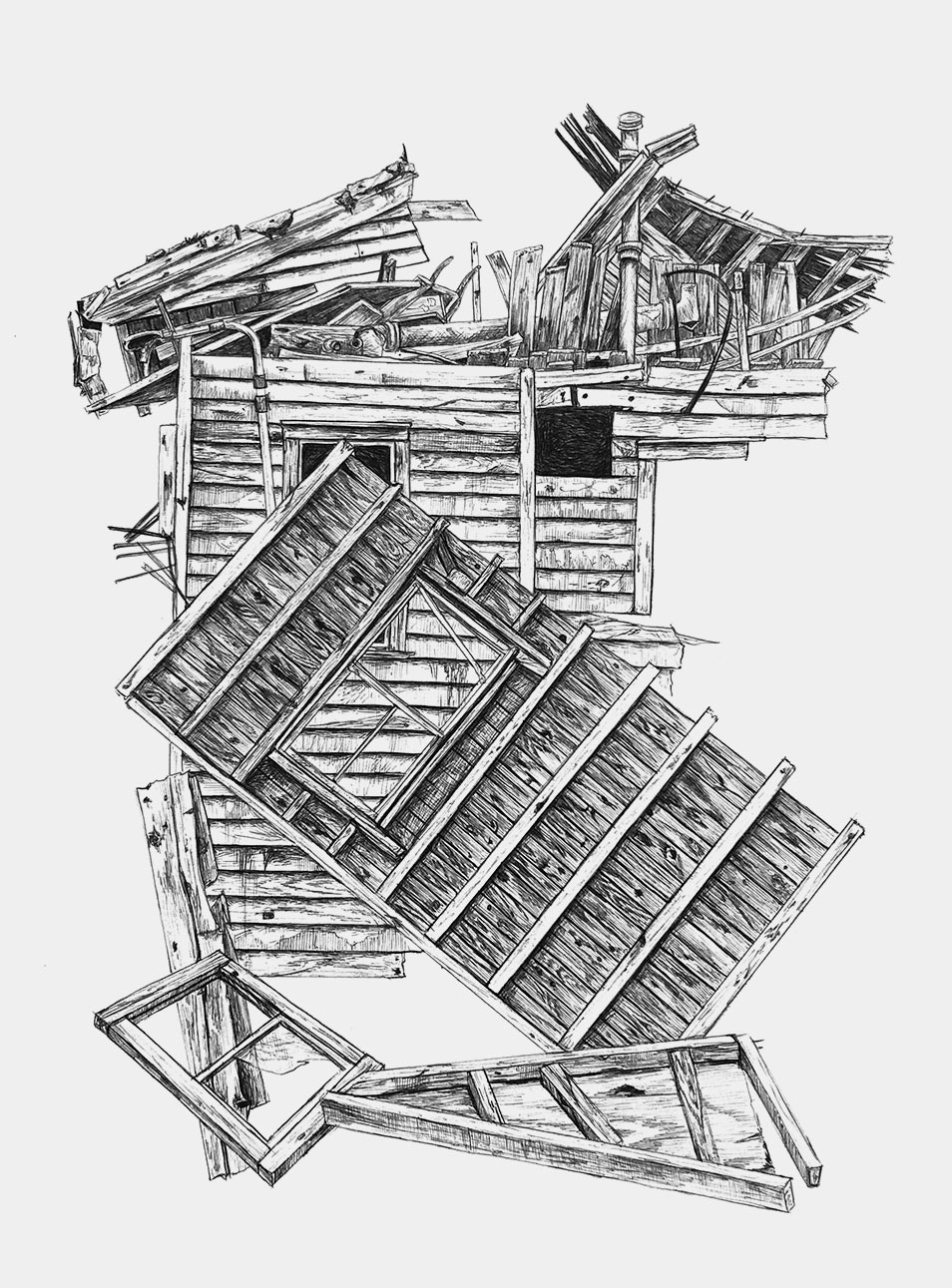 I grew up straining against the weight of being first.

When my moms registered me for kindergarten, they asked how many LGBTQ families had attended my future elementary school. The principal rearranged an awkward wince into an earnest smile as he admitted, “You’re pioneers.” This was a well-intentioned, yet dually-flawed analogy, as he elaborated: “You’re the first, but we’re so happy to have you.”

My ancestor crossed to California in a covered wagon; I suppose history repeats. From her photographed steel cut jaw—weathered by more loss than my young eyes could imagine—I would have believed that she’d forged the River Styx. That lone camera failed to capture whether she carried those she had displaced on her conscience. Regardless, the shadows beneath her eyes disabused any romantic notions of what awaits pioneers. History books edit exhaustion off their heroes.

I grew up on ghost stories of the healthcare field closing its doors to queer bodies and the communities that love them. I joke that I was raised by the middle-aged lesbian community of Chicago and swallow a eulogy to the parallel community buried before my birth. When I entered medicine, my Hippocratic Oath was not “do no harm,” but the names of the men who had the misfortune of being first-infected, when it was still dubbed GRID: Gay-Related Immune Deficiency—not worth funding research until renamed to include later cohorts, until the dead weight piling up in morgues registered on broader sociopolitical scales.

I think of them each time I sit on a queer patient’s bed and stroke his hand. Could my touch emanate through space-time to skeletal men, outed and alone, with partners banned from visiting and family refusing, too? Wasting away from the viral takeover, or starved for touch? After introducing antiretrovirals, how quickly we forgot the potency of a hug or a handshake, and that all the pharmacology in the world cannot alone train a caretaker.

I thought of them as I gathered paperwork for my gender-affirming name change. My birth certificate felt in my hand as an old pair of boots, a few sizes too big: heavy, well-worn, and clearly loved by someone else. This copy was clean, not stained, ripped, and creased by two decades in my adoptive mother’s wallet.

When I was 7-months-old, a legal victory enabled same-sex partners to adopt children in our county. My non-gestational mom was the first to do so. Yet, unable to forget the last time she’d seen marginalized families and bodies seek medical care, she knew better than to take hospital visitation rights for granted. She always carried a copy of my birth certificate, just in case. By request, it reads “Co-Parent” in the place of “Father”—a victory not soured by the poorly-matched font: the cost of refusing to fit templates. I held it close before relinquishing it to the courthouse; it felt like killing a dream.

I didn’t need that ancestral photograph to see the weight of forging new paths: it came in my mom’s protests to each iteration of my “coming out.”

“How could you make your life harder than it needs to be?” I flashed to my earliest memory: a protestor screaming at my 3-year-old self, “you f--s are going to hell!” The gravity of pride was my inheritance. Yet, as we fight about my surgery and pronouns, I don’t know how to reach the bottom of this generational divide. How can I explain that my reverence for those who fought for the mobility of womaned bodies does not detract from my distress in living in one? How can I explain that I’m not “ruining” my career, but imagining a new one?

What does it mean to be an out trans, queer psychiatrist-to-be? Being told at age 20, by a current queer woman medical student, that my sexual orientation would prevent me from becoming a doctor if anyone could “see it” on me. Struggling with the balance of being unapologetically out, while skirting the label “unprofessional.” Keeping track of single-stall all gender restrooms in the hospital. Placing a “they/them” pin on my lanyard, in contrast to my obsolete name badge that I flip against the chest I hope will soon be as obsolete. Weeping over being aggressively misgendered on the wards, but waiting to do so until I finish caring for my patient. Engaging in LGBTQIA+ research as a form of evidence-based advocacy. Using my axes of privilege to get seats at whatever table I can to change vocabulary, curricula, and gendered-expectations. Being visible proof that we exist. That trans and queer bodies are not only patients, but can wear white coats, too. Being the provider we need.

What does it mean to be an out trans, queer psychiatrist-to-be? Today: serving as the vanguard. Tomorrow, I dream: nothing out of the ordinary.

is a multidisciplinary artist based in the Catskills. She earned a BA in Fine Art and Art History from the Corcoran College of Arts and Design. Her work has been exhibited at The Prattsville Art Center, The Katonah Museum of Art, and The Art Museum of South Texas.